Denver SantaCon is coming to town!

Don't Wait! Buy Early And Save

SantaCon is an event you need to see to believe. Get your Santa gear out of your closet and enjoy the festivities.

Party-goers are encouraged to visit multiple venues throuhgout the day to support the local community.

Buy your pass today to ensure the best drink specials and no cover charges to all participating venues.

What should I expect from SantaCon?

Which bars should I visit? Will there be a city route that I can use to plan my day? What kind of drink deals are offered every year for SantaCon? All of these questions and more will be answered by the friendly event staff we will have stationed at the check-in bar. We'll be distributing SantaCon branded wristbands and maps for all attendees. The map will outline all of the participating venues in town who are welcoming Santa's. The SantaCon wristband lets them know you're with us! Take a stroll through the town and let the holiday season commence!

So what's SantaCon all about in Denver ?

You're a mile high and above the rest! It's Denver, Colorado! Earning its name of the mile-high city is fitting as the area sites exactly one mile above sea level, making it one of the highest elevated cities in the United States. But don't be fooled by this city's literally higher-up status as being its only cool attribution. Let's talk about the Denver International Airport, the largest in the U.S. and the sixth busiest in the country as well. Or maybe we can talk about the Denver Broncos, Union Station, City Park, Sakura Square, and so much more. This year, the elevated city of Denver is about to get lifted even higher with the party rockin' event coming your way. 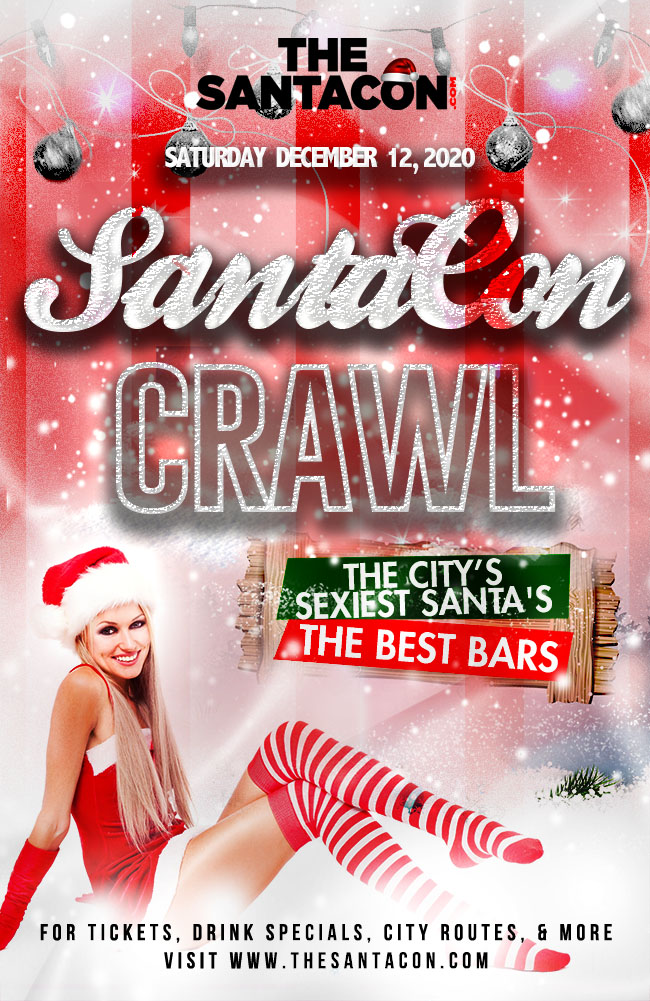 Looking to join with a big group? Discounts are available!

Fill out my online form.

Don’t miss out on Denver SantaCon ever again!

Fill in your email address and we'll keep you updated with the info you need about Santa parking his sled in Denver. No worries, Santa never sends spam mail. And you can unsubscribe anytime.